Movies like the Twilight series depict the undead as ancient, but with forever-young skin. Now a blood-based cosmetic treatment to fill in wrinkles and plump up hollow cheeks for the living is being marketed as a “vampire” face-lift.

This treatment was first introduced in 2009 and has since been mentioned on nearly a quarter of a million web pages.

Vampire Facelifts have also gotten airtime on more than a dozen news programs, some of which presented unproven claims that results will last two years.

“There simply isn’t any objective data out there supporting the claim of two years,” Dr. Jeffrey M. Kenkel, spokesman for Physicians Coalition for Injectable Safety.

The Vampire Facelift is an in-office treatment that uses blood drawn from your arm, and then spun in a centrifuge to separate out the platelets. Frankenstein-ish though the treatment may sound, some patients prefer the idea of using their own blood to using a neurotoxin or synthetic filler to rejuvenate their faces.

The platelets are injected into the face with the expectation that they will stimulate new collagen production. “We all want to look better, and the less unnatural the better,” said Joan Sarlo, a 56-year-old vamp-lift patient. “What could be better than your own blood?”

Some doctors say that fillers taken from one’s body are less likely to cause irregularities and bumps in thin-skinned areas than synthetic ones. At this point, however, it’s hard to tell whether “platelet-rich fibrin matrix,” (the medical term for the golden-hued platelets extracted, spun, and re-injected) is an effective filler for hollowed-out cheeks and wrinkles.

For results that will be noticed immediately, doctors often add a filler material to the plasma in a Vampire Facelift. This calls into question which substance is doing the plumping.

No national clinical trials in Australia, the U.S., or Europe have been done to prove claims about the benefits of the Vampire Facelifts. There are only a limited number of testimonials from doctors and patients.

Last week, a retrospective no-placebo study of Vampire Facelift patients injected with their own platelet-rich fibrin matrix one to five times and then assessed on average 9.9 months later was published online in the Archives of Facial Plastic Surgery. The retrospective showed no proof that platelet rich plasma (PRP) is an effective filler.

A Trend That Won’t Die

The cost for a Vampire Facelift ranges from $900 to $1,500. Adding to the growing list of negatives is the risk that doctors performing Vampire Facelifts may not fully understand human anatomy or the treatment of injecting into the face.

Yet in spite of the risks and lack of evidence, the Vampire Facelift trend appears to be taking off. And on the horizon, a new, trademarked PRP procedure called the “Vampire Breast Lift.”

Dracula would be so ashamed. 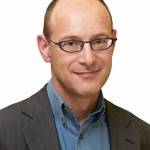 Perry Burstin is a Melbourne based ENT Surgeon whose practice is based around functional, aesthetic and reconstructive s..

Dr Taylor is an Ophthalmologist with a subspecialty practice in Oculoplastic, Orbital and Lacrimal Surgery. Dr Taylor gr.. 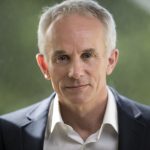 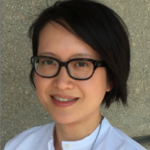